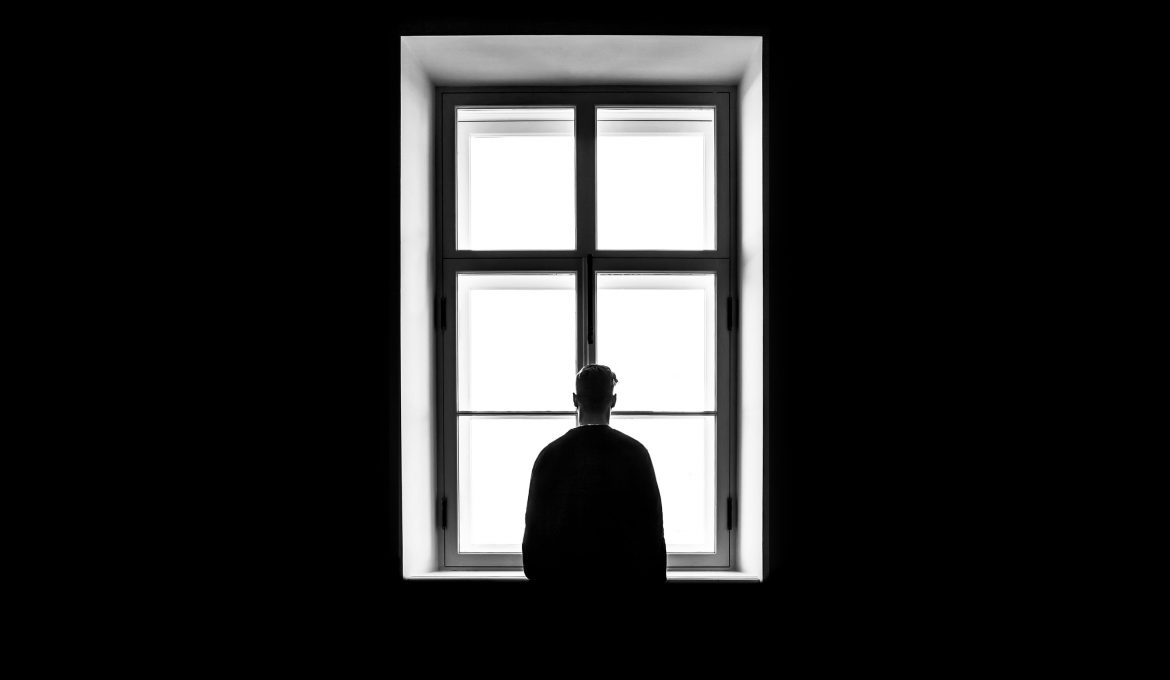 Why are the signs of depression in men different than in women?

Why are the signs of depression in men different than in women?

Depression has increased over the last two years of pandemic, and as mental health in general has worsened recently, the different reactions of some sub-groups in our population were highlighted.

Depression has always affected men and women differently -both in terms of numbers and symptoms. The reason behind is broad, and rooted in thousands of years of differences in the treatment and social role of men and women.

This issue is no different today. But what exactly is the main difference, and why is it important to talk about it?

When we say “depression” everyone has a general idea what we mean. The sadness, the fatigue, the hopelessness... But what we call depression in popular culture is actually systematically divided into three separate disorders:

Number one is a lesser known Depressive Disorder. DMDD is defined by frequent temper outbursts, verbal and physical aggression, and out of proportion reactions to the situation or provocation. DMDD affects about 2-5% of children and adolescents, and is more common in boys and men, while it also often reduces with age. As the disorder is almost purely diagnosed in males, some interesting diagnostic issues show up, as other mood-regulation related disorders, such as Bipolar Disorder, do not show the same difference in numbers between genders.

MDD  and PDD are both defined by low mood, feeling of emptiness and hopelessness, low self-esteem, no interest or joy in activities, tiredness, unusual amount of sleep or insomnia, under- or overeating leading to weight change, being overly slow or fidgety, feeling worthless or guilty, loss of concentration, and thoughts of suicide. Women are affected about 1.5 to 3 times as often as men. Persistent Depressive Disorder may be diagnosed if these symptoms last for 2 years or more without a break.

What is the difference?

Male depression may present itself very differently from our typical idea of a depressed person. Recent research identified something called Male Depressive Syndrome. The Syndrome consists of symptoms like irritability, aggressiveness, risk-taking, escaping behaviour, antisocial behaviour, substance abuse, or even becoming overly sexually active and engaging in meaningless affairs that provide no pleasure.

Alcoholism is a particular issue affecting men with depression, as there is a three times higher-level of alcohol-dependence in males with Major Depressive Disorder than in females with the same diagnosis.

Studies have shown that typical masculine ideals are stopping men from expressing visible signs of sadness, and from having general emotional awareness. Men are expected to show independence, competitiveness, emotional stoicism, and self-control, which often go against expressing emotions.

From a young age, boys learn to dissociate from real emotions and experience shame, which triggers anger and control-oriented responses as a defence-mechanism.

The emotionless sexual encounters stem from a man’s effort to show sexual prowess to feel adequate again and avoid intimacy that could reveal vulnerability. These defence-mechanisms and acting-out symptoms mask typical depressive symptoms. However, this eventually fails and worsens the stage of the disorder.

Suicide attempts rates are similar between men and women with depression. However, men’s success rate is 4 to 7 times higher. Men tend to use more lethal approaches, and their warning signs are masked better. This is made worse by men having limited social support networks compared to women. Men are also less likely to communicate their issues, while other men are less likely to pick up on emotional distress in their social circles than women, which reduces the chance of them intervening.

Boys are simply socialised to internalise pain, avoid emotional awareness and taught less communicational skills. For this reason, opening up is uncomfortable and unnatural.

Men report to be even more uncomfortable to appear vulnerable in the presence of other men, than in the presence of women. This could be due to men feeling like they’re in competition with one another, and expecting men to be less likely to relate to being emotional in public.

Finally, researchers have linked levels of gender inequality to depression. These findings have shown that depression is closely connected to power and powerlessness. Feeling powerlessness and a lack of control over our lives are well-known risk factors for depression. For this reason, the role of women in society and feeling unequal, oppressed and powerless are strong factors in female depression. This research may highlight the importance in terms of cause of depression in the different genders: different causes may also trigger different responses.

To sum up, the three different categories of Depressive Disorders and their prevalence in men and women already highlight how much we tend to diagnose men and women differently according to their symptoms. However, Male Depressive Syndrome shows us even more insight into the neglected areas of symptoms of depression that are all correlated to social roles, levels of equality and gender norms.

While a progressive approach to mental health in terms of genders is important, we can’t help but see how much our old-fashioned gender stereotypes are still affecting us as deeply as symptoms of a disorder. Spotting these symptoms within our own social circles, as well as in medical circles will help us treat more men effectively and save lives. 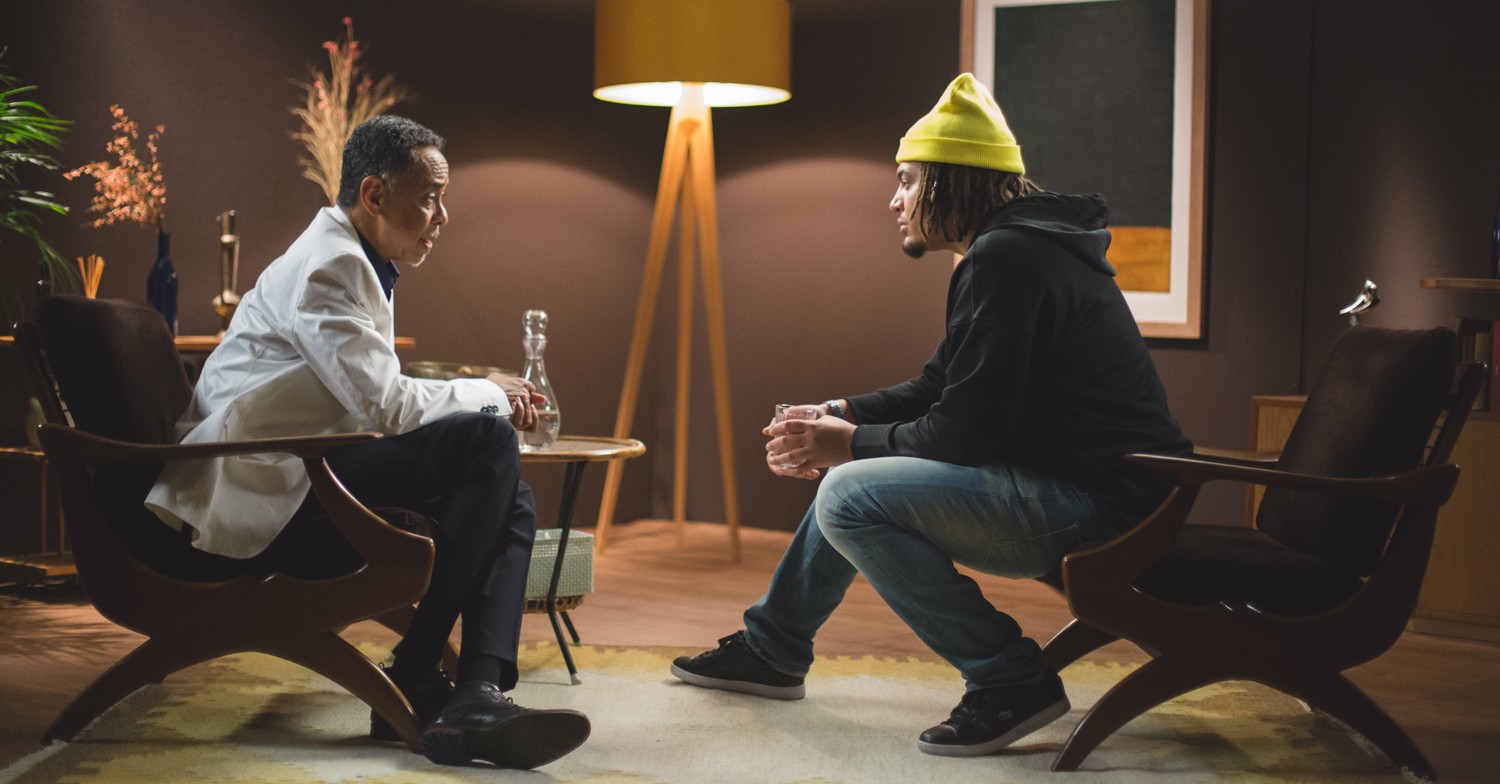 Therapy is the begining of the road, not the end
by Anetta Hegyközi
Discover a new way of looking at psychotherapy!
Read More 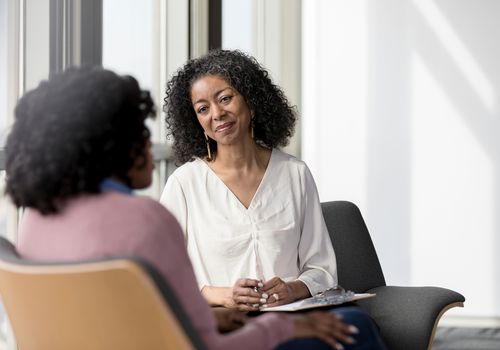 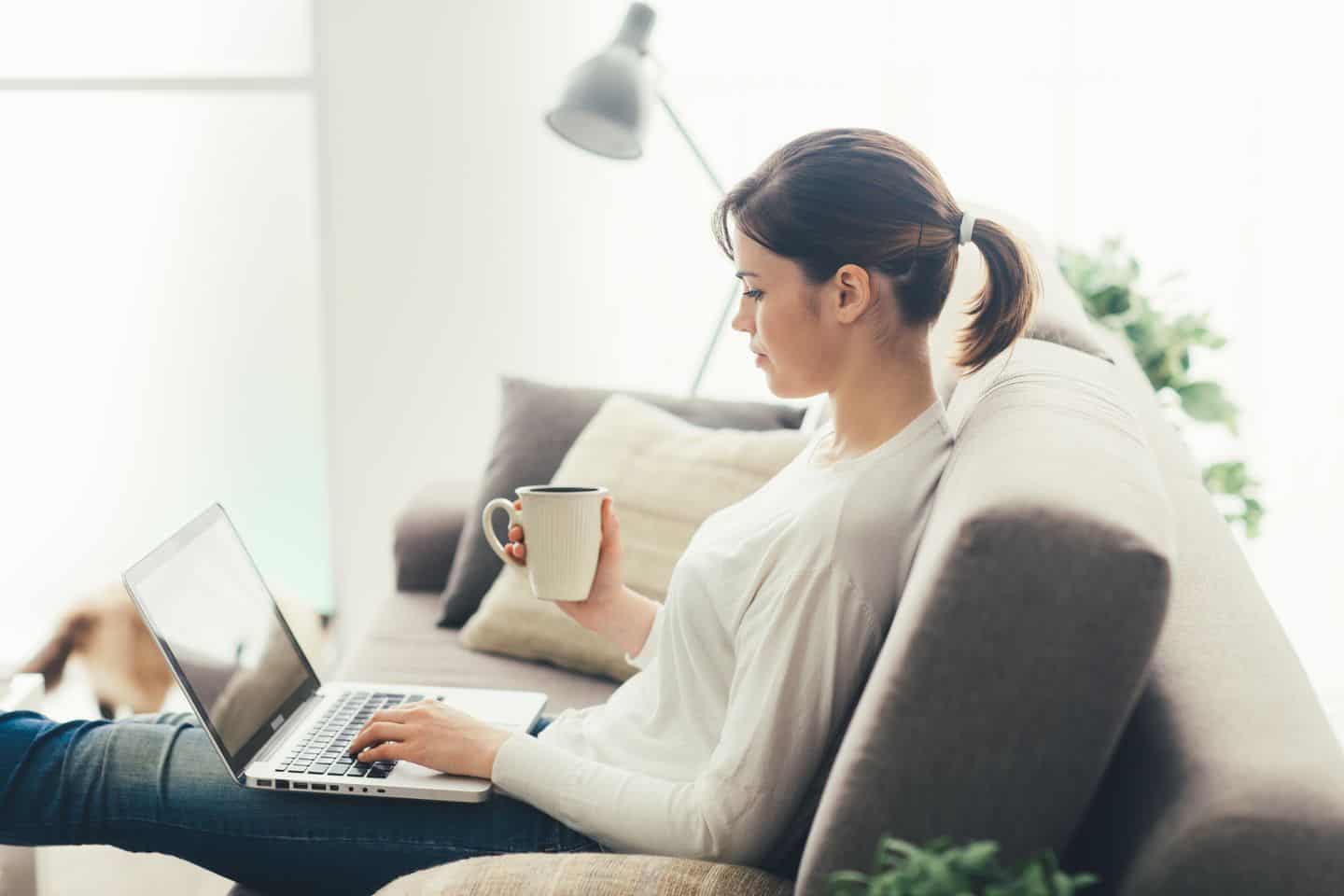 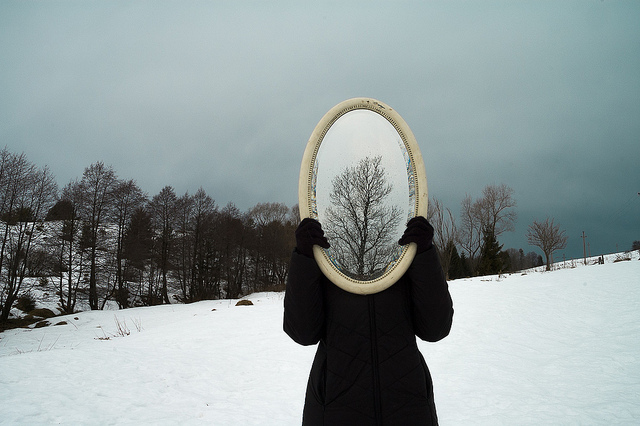 The Importance of Reflecting After a Therapy Session
by Anetta Hegyközi
What are the advatages of self-reflecting after a therapy session? Find out now!
Read More 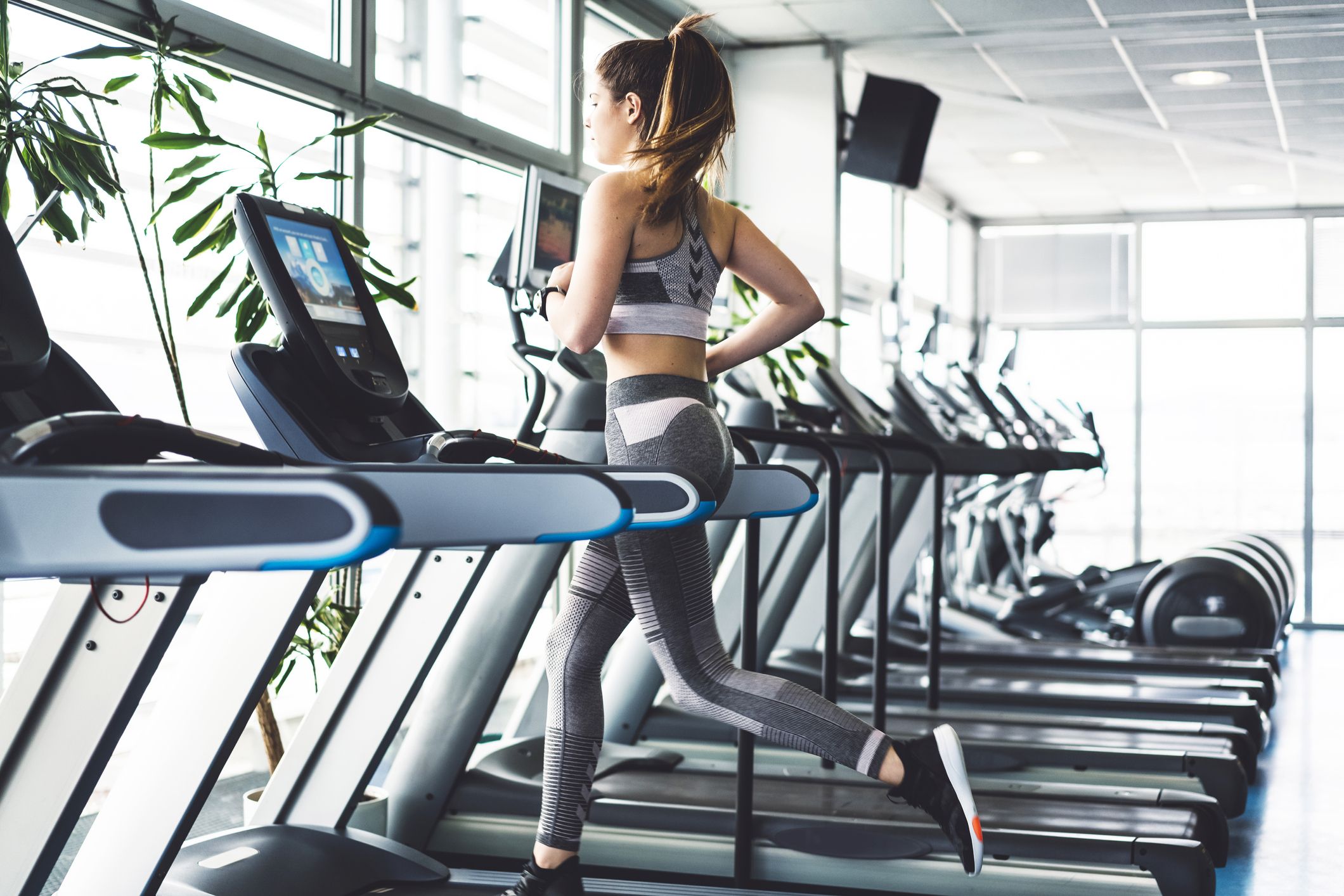 Gym Membership or Therapy?
by Anetta Hegyközi
Only you can decide whether you need one, the other, or both. Either way, believing in a better version of ourselves being out there might not be as bad as portrayed, and with the right tool, you can move in the right direction.
Read More 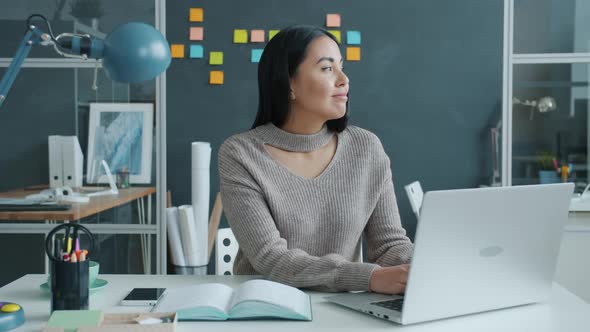 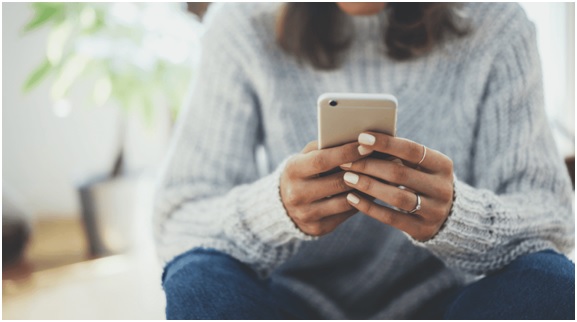 Therapists, the unsung heroes of the pandemic
by Anetta Hegyközi
Mental health has worsened over the pandemic. Therapists have stepped up to attend to a hightened workload.
Read More 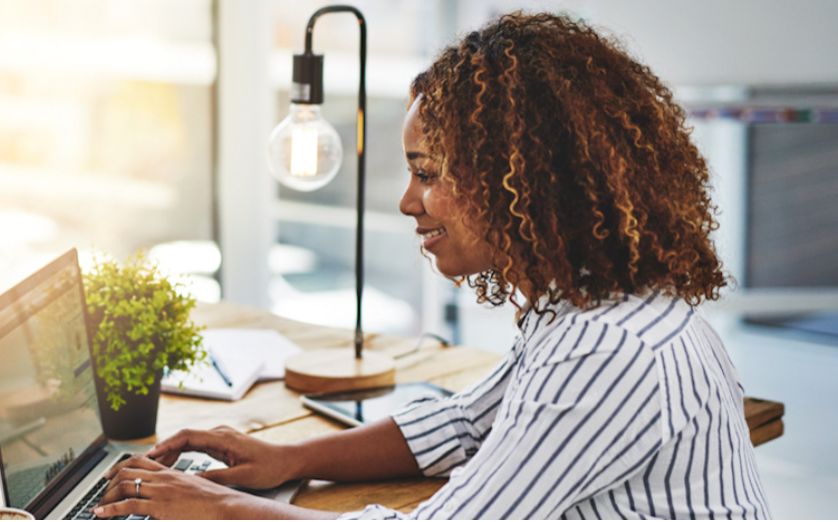 A Happy Office is a Productive Office
by Anetta Hegyközi
The relationship between productivity and happiness has been long established by research. It seems only logical that positive wellbeing
Read More 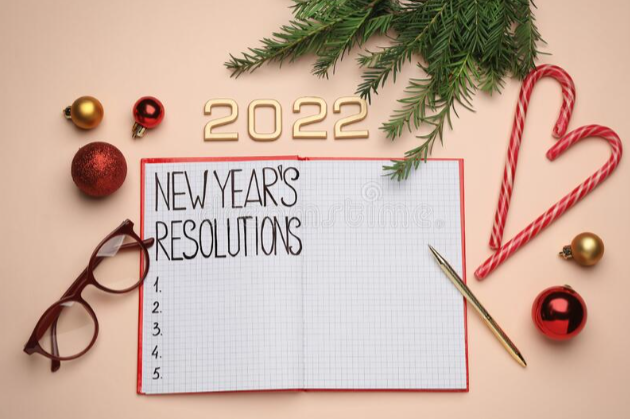 Therapists, the unsung heroes of the pandemic
byAnetta Hegyközi
Mental health has worsened over the pandemic. Therapists have stepped up to attend to a hightened workload.
Read More 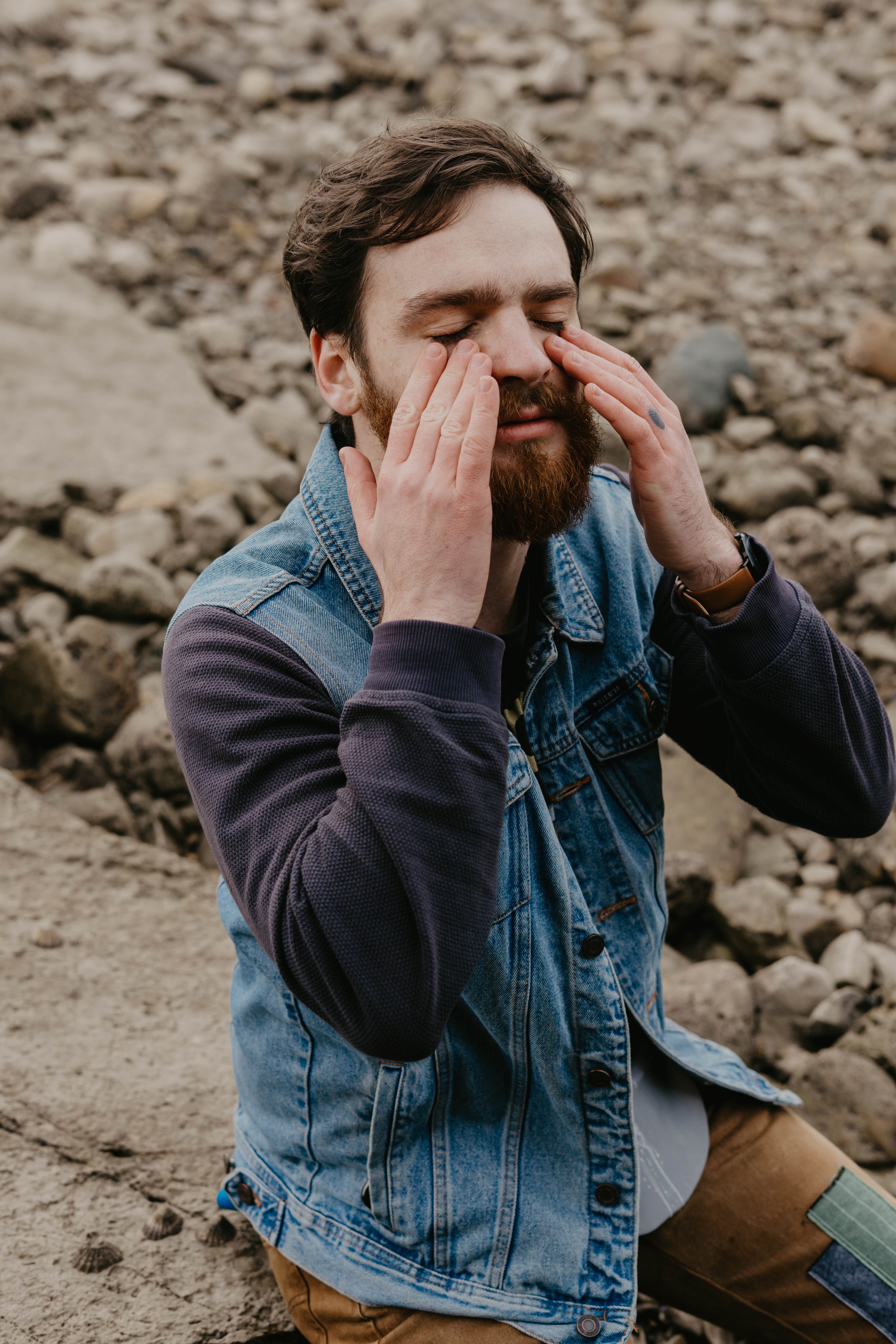 Why can’t I cry? 7 reasons behind the inability to cry, and what you can do about it
byArteo
It's natural for some people to cry more easily than others. Because people are unique individuals, emotional expression will differ from one to the next. If you have a hard time working through your own feelings, we can help you understand where this is coming from.
Read More 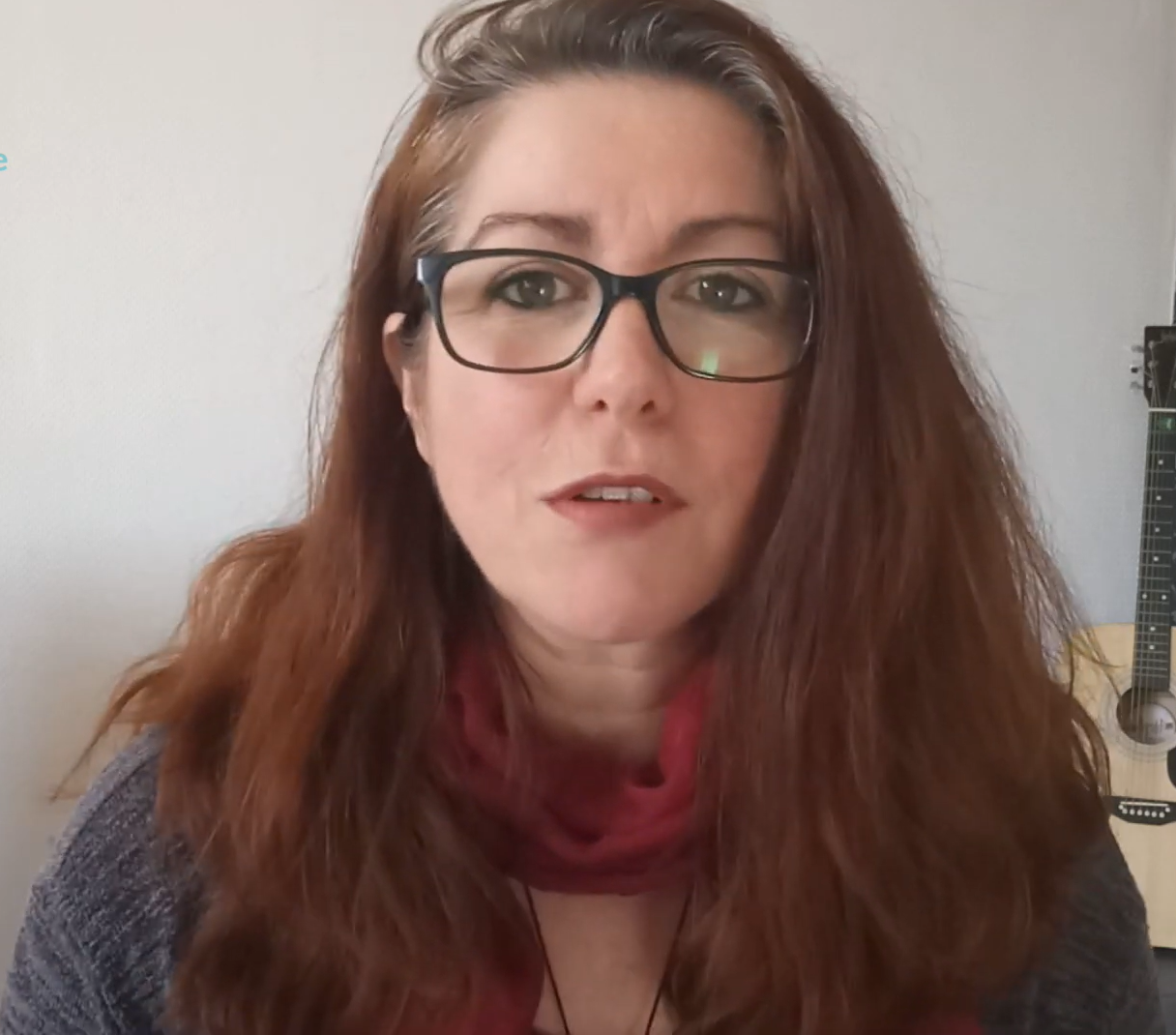 Meet Our Therapist - Part One
byUK Therapy Guide
Meet Vicky Day, one of our long standing therapists. Here is what she has to say about working with UK Therapy Guide and online counselling.
Read More 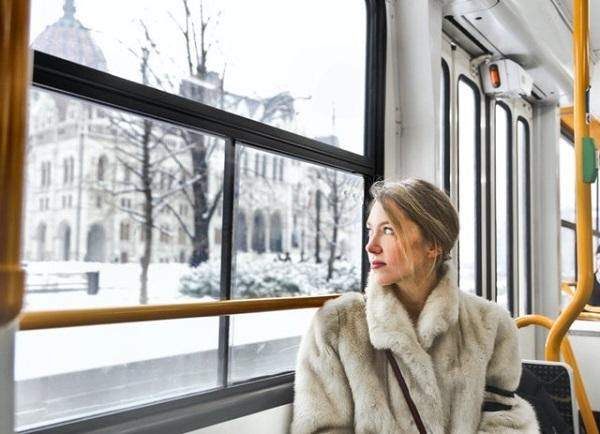 Why do Januarys feel so bad?
byArteo
January usually starts on a high note and then becomes the most depressing month of the year. There are several reasons why this happens, from the fact that the holidays are over, to environmental factors and debt-induced stress.
Read More 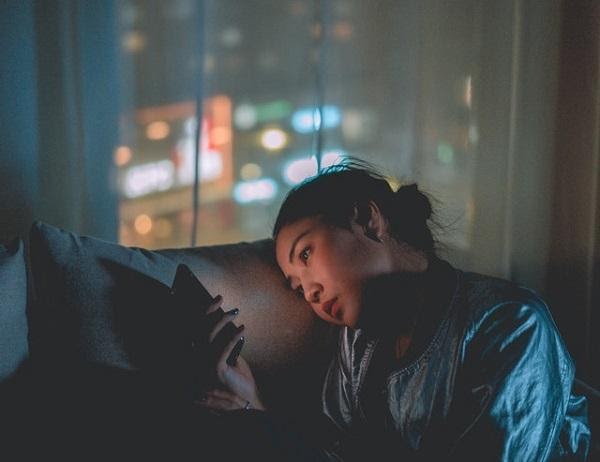 How to cope with loneliness in lockdown for Christmas
byArteo
In 2020, more UK adults report feeling lonely and hopeless during Christmas. Even though travelling and family gatherings are not recommended, you can still connect with your loved ones and find ways to cope.
Read More 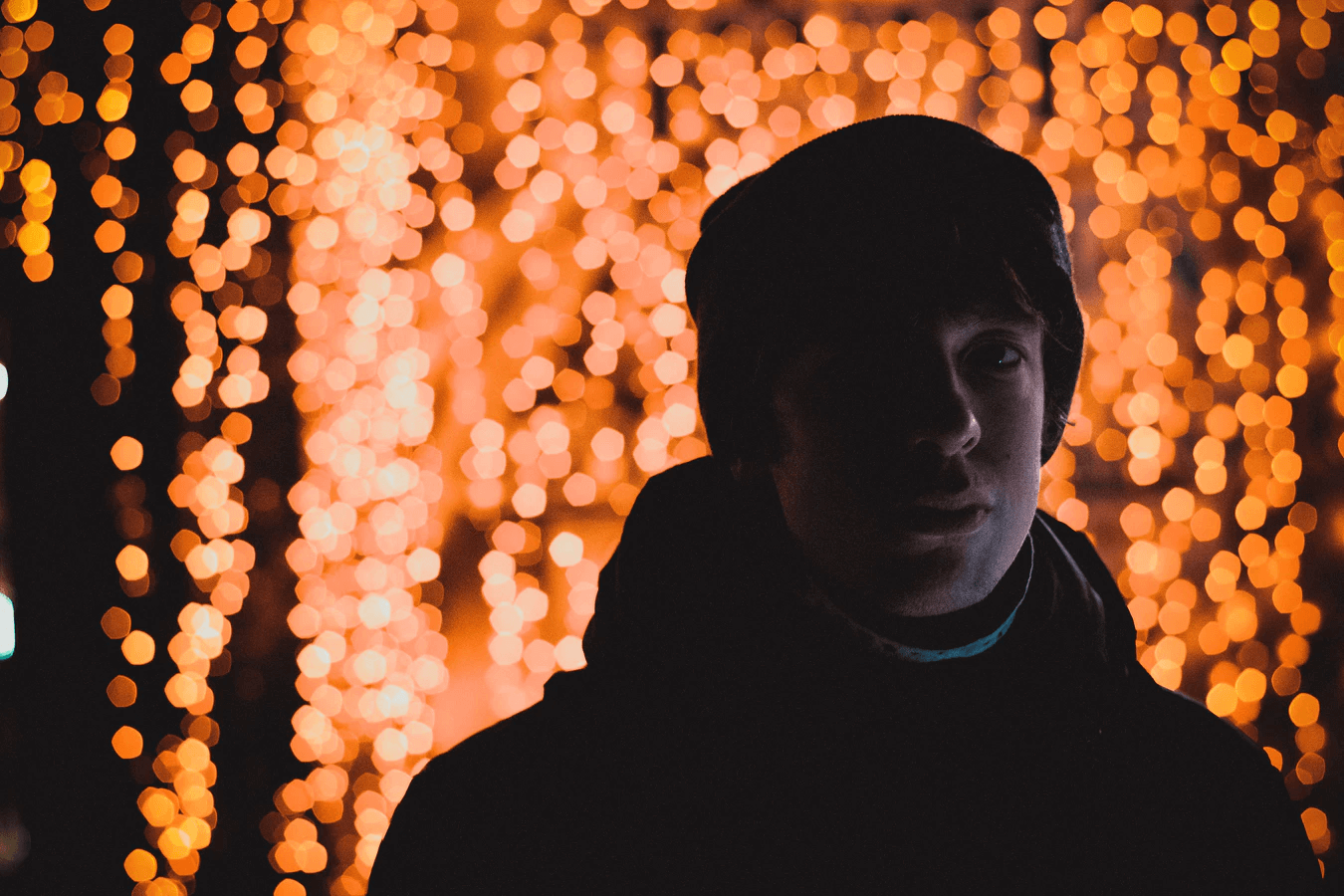 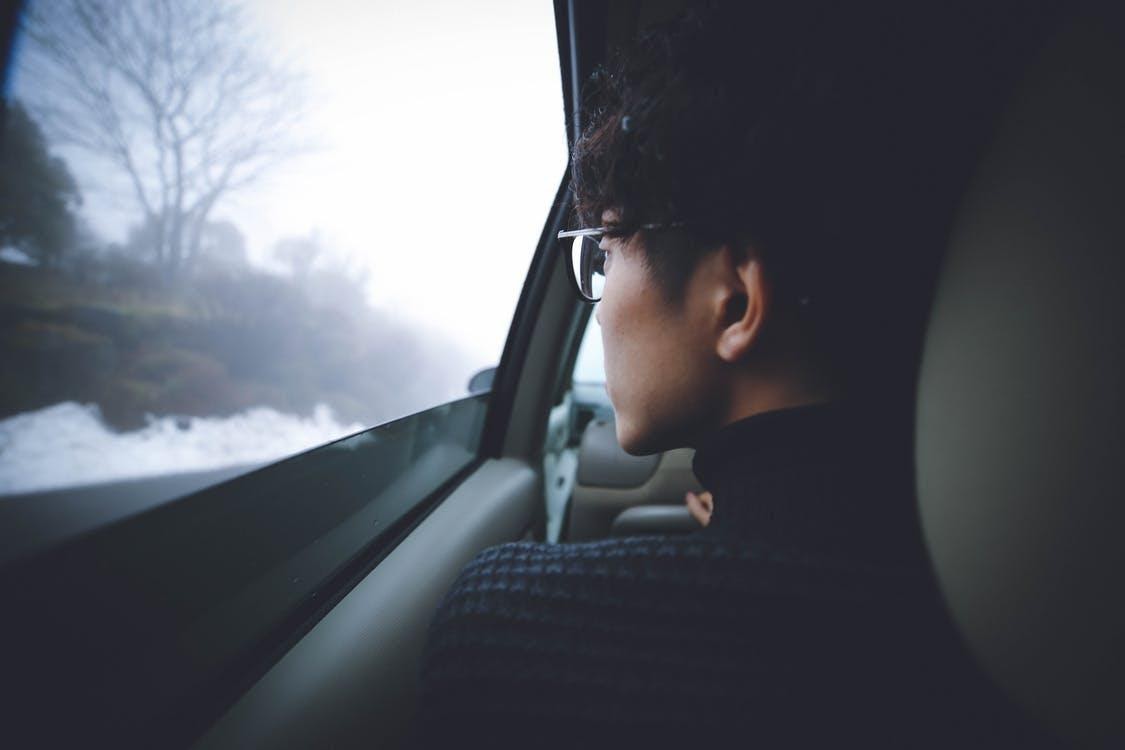 When you aren't looking forward to Christmas
byArteo
The holiday season is supposed to be a time for joy and celebration, but some find it emotionally exhausting. Continue reading to find out what holiday depression is and what you can do about it.
Read More 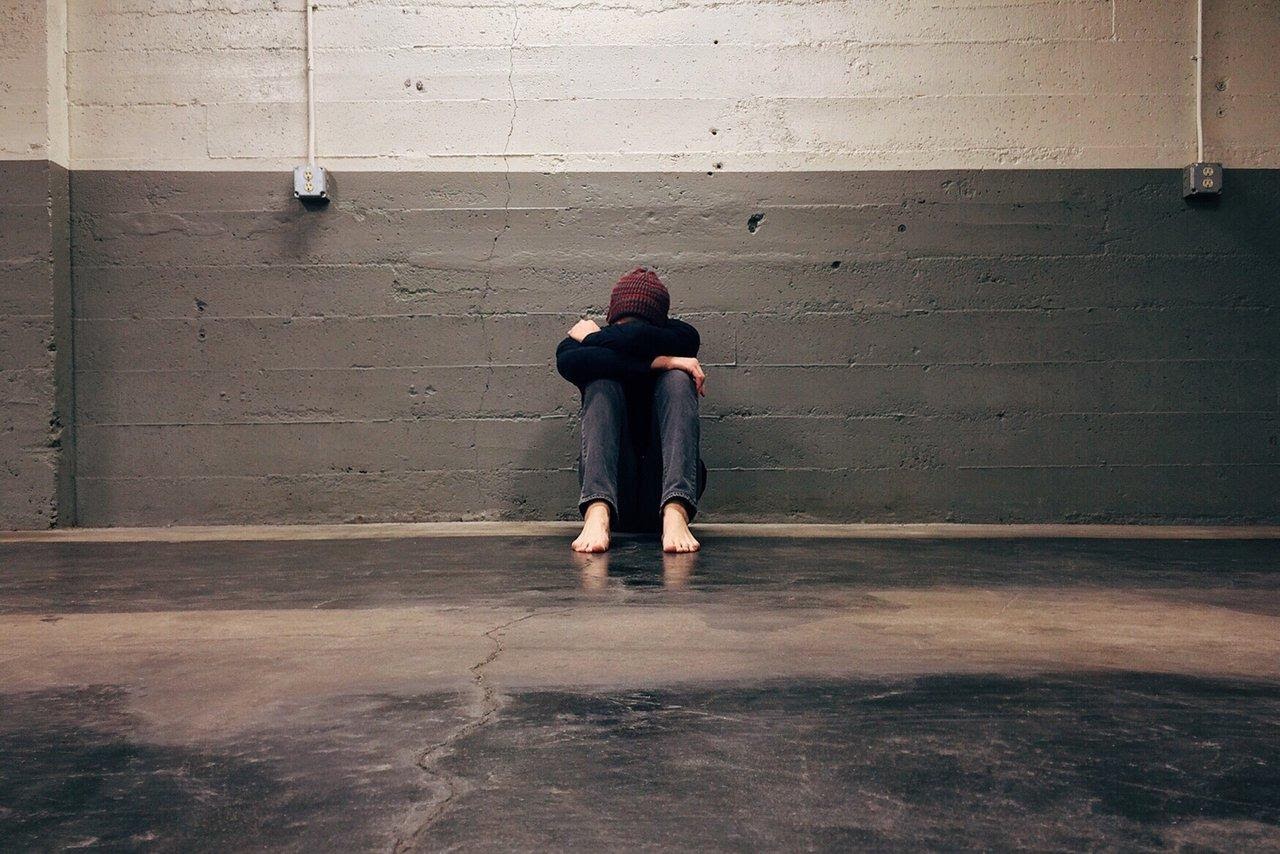 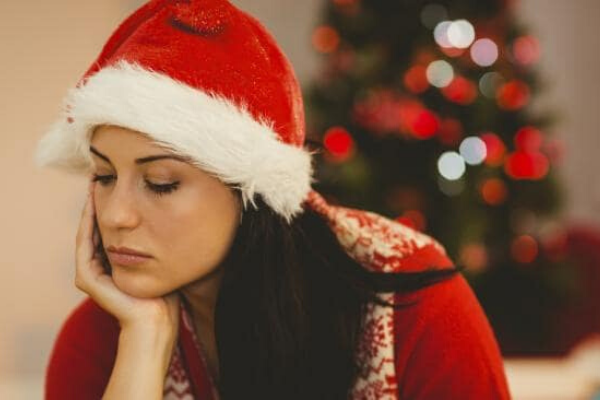 Dealing With Stress and Depression At Christmas Time
byRebecca Fitzgerald
Despite being known as “the most wonderful time of the year” Christmas can often be a time filled with loneliness, sadness and negativity for many. It can be especially stressful if you live with a mental health disorder.
Read More

Is CBT The Right Therapy For Me?
byRebecca Fitzgerald
Cognitive behavioural therapy (or CBT) is a talking based psychotherapy which focuses on how thoughts, beliefs and attitude affect feelings and behaviour. Based on the theory that how we think directly affects the way we feel and behave, CBT uses a combination of cognitive (examining thoughts) and behaviour (examining things we do) therapies to help people overcome and manage their problems.
Read More 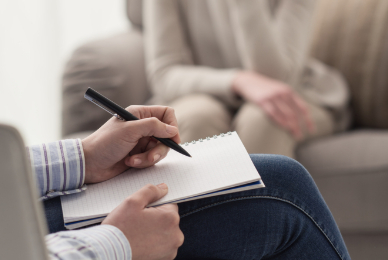 Finding the Right Therapist
byUK Therapy Guide
When you first decide that you would like or need to have therapy, one of the big questions that seems to spring to everyone’s mind is “how do I find a therapist?”. In this article, we talk about how you can find the right therapist for you.
Read More 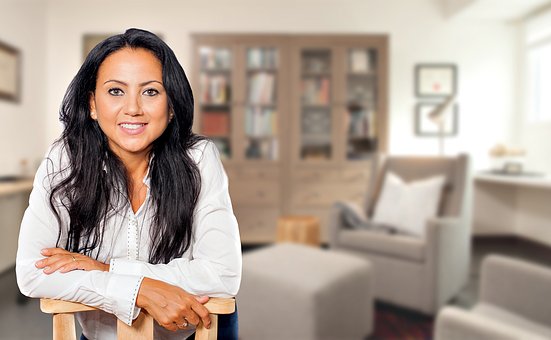 Finding a counsellor needn’t be hard; here are some useful tips to help
byUK Therapy Guide
When trying to find the right counsellor to suit you, they need to be a good fit for your personality and problems. At the same time, you need to feel safe and secure with them so look for those that have professional qualifications and accreditations.
Read More 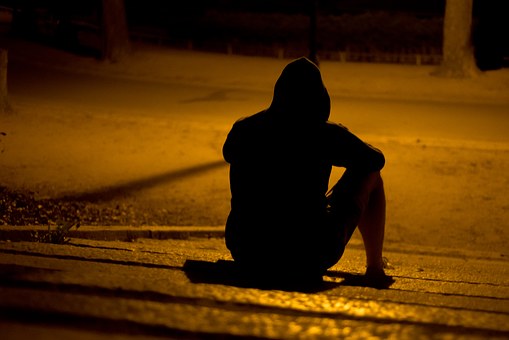 Interpersonal therapy as a treatment for depression: Is it right for you?
byUK Therapy Guide
If you are feeling depressed and seeking help via therapy, you may find that your counsellor recommends the use of interpersonal therapy (IPT). If this is something you have not heard of before and feel slightly concerned about it, let’s take a look at what this form of therapy involves and how it works.
Read More 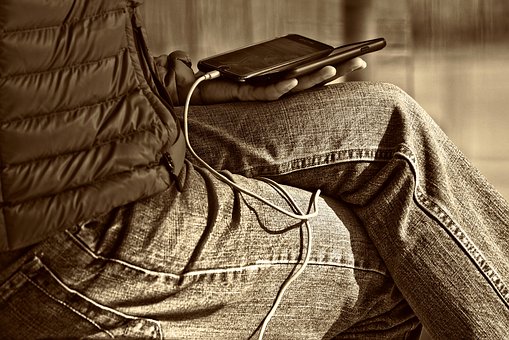 Phone therapy; is it really as effective as face-to-face?
byUK Therapy Guide
Evidence shows that many types of psychological therapy, particularly cognitive behaviour therapy (CBT) can be extremely effective when provided by phone. It is also not limited to treating only certain mental health problems as all types of issues can be dealt with including stress, anxiety and depression.
Read More 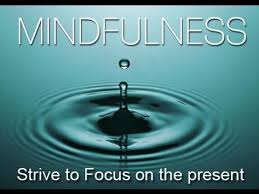 What is counselling?
byUK Therapy Guide
It is usually a major life event that prompts a person to think about counselling. We’ve all heard about it. The word gets passed about freely in the media, on television shows and in the media. We hear about it in schools and even at our local doctor’s surgery. It is easy to form an idea about what counselling is. But do we really know?
Read More 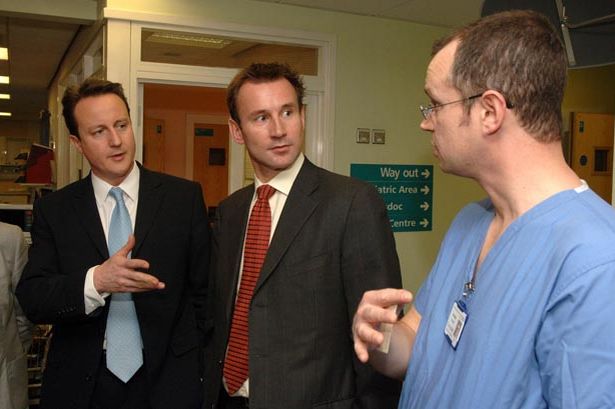 The Future of Mental Health After the General Election
byCiaran O'Brien
After a shock narrow majority win, we are now facing five years under a Conservative government. So what does this mean for mental health?
Read More